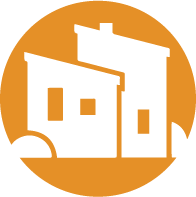 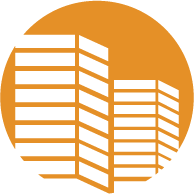 Aplin Martin was retained by Treegroup Developments Corp. to provide a range of professional services including project management and civil engineering for the servicing of the Ponderosa development in Peachland, BC. This is a 2,310 unit, mixed-use development with residential, commercial, hospitality and recreational uses including an 18-hole championship Greg Norman Signature golf course.

Staff engineers provided preliminary and detailed engineering design as well as contract administration for this 160 hectare development project. As Project Manager, Aplin Martin acted as the technical liaison between the client, the District of Peachland, key stakeholders and the local community. Aplin Martin applied tested engineering principles and innovative design solutions to overcome the challenges of the steep site and create a community where environmental, economic and social benefits extend beyond the project’s borders.

The large scale of the project and its prominence within the Peachland community resulted in a highly publicized and political development process. Aplin Martin became very involved in the early planning process, assisting in the negotiations of the rezoning bylaw and the master development agreement as well as participating in open houses and public information meetings. Responding to client and District requirements, Aplin Martin implemented responsible, unique design solutions that not only solved technical shortcomings, but also produced environmental benefits and aided community development. Water systems for adjacent neighbourhoods are being enhanced to provide treated water from a much more reliable source with adequate storage volume for fire protection. Improved sanitation allowed for a number of existing homes on septic to be connected to the municipal sewer system. Efforts were made to maximize stormwater infiltration to mimic natural conditions and recharge the aquifer. Transportation corridor improvements have increased public safety by linking two previously segregated areas of the community, and intersection improvements with retaining structures along Highway 97 have created an aesthetic gateway into Peachland.

Hear how our sustainable, innovative, and full service solutions can impact your project and your long-term community goals.