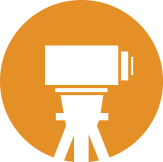 The Ministry of Transportation and Infrastructure awarded Murray & Associates a contract to prepare 5 legal plans that would officially clarify the many parcels of land, roads, highways, and parks under provincial jurisdiction in this beautiful park, commercial and residential area just against the US Border.

The project became more complex both by the requirements of multiple Ministries, and by many historical inaccuracies, that some roads were not officially dedicated by plan but by Gazette notice some 40 years ago. This expanded the project scope significantly, and resulted in a total of 7 new plans needing to be prepared and posted in the field, and an interesting challenge for our team.

Hear how our sustainable, innovative, and full service solutions can impact your project and your long-term community goals.